The remnant seed of “Autochthonous Peoples of This Land” formerly known as “Turtle Island,” but today is called North America, are Australoid and/or Negroid in phenotype.  Our ancient ancestors were here from the beginning i.e., ab origine, and they too were Negroid and/or Australoid in phenotype. 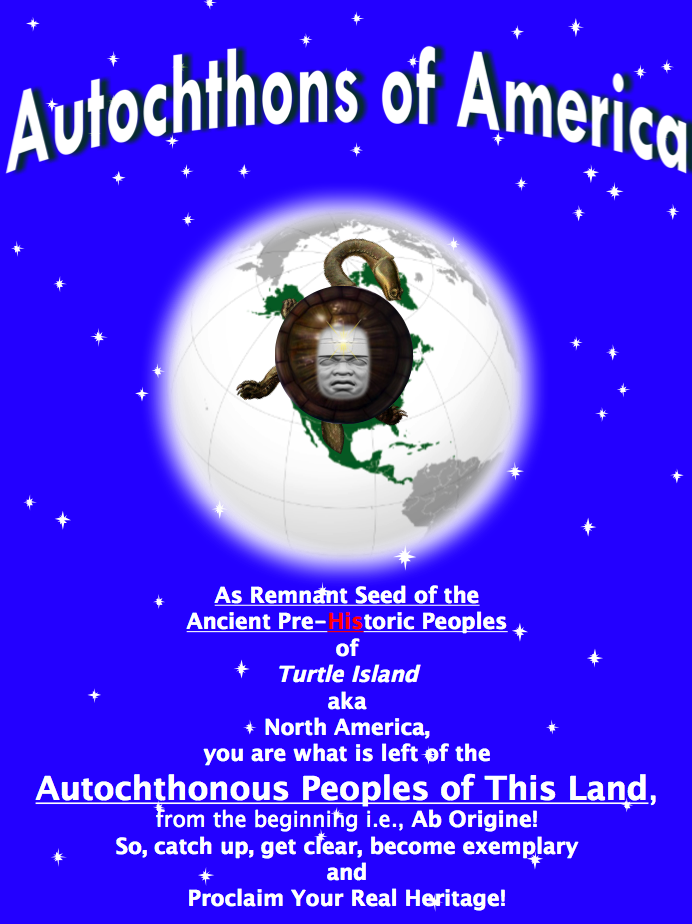 When the Pilgrims arrived from Europe (including the Vikings that many people forget about), they encountered only copper colored, chocolate brown, people that are today called Negro, Black, Colored, and African American.

There is a reason that scientists have a well documented gaping whole in DNA research for Native tribes in North America.  The vast majority of people on the Native Indian reservations today refuse to cooperate, because they are Caucasian imposters.

They realize that if they were to cooperate and provide their DNA samples, most of them would come up as European/Caucasian with 00.00% Native American, or Southeast Asian ancestral DNA (which their scholars say are the first peoples of America).

Some of us call these identity thieves and imposters GI (government issued), while others call them five dollar ($5) Indians that paid to have their names placed on the Dawes Rolls (a definite land grabbing maneuver in its own right).

As for AmEricans being called “red Indians,” according to “Ancient & Modern Briton,” by David MacRitchie, Dr. Huxley said that when they called American Indians red “they meant chocolate brown” in color.”  That is why the real Indians on the reservations and their descendants are being kicked out of the tribes and in many instances being told to go back to Africa.

The imposters are assisting in the systematic attempt to eliminate Real AmErican DNA by reclassifying it as African and replacing it with European/Caucasian.  That is also why so many people came from around the world and crossbred with our ancestors – to breed us out!

Yes, there is a deliberate scam underway in the DNA industry, because results can be (and are being) manipulated to remove us from our heritage in America and place us in Africa.  Our people have become more genetically mixed than anyone else on Earth and that is the reason why.

When the Pilgrims arrived, they asked our “Autochthonous Peoples of This Land” what they called themselves.  The Ancient Mound Builders, Xi People (aka Olmecs), Anasazi, Washoe, Lenape, and others, repeatedly told them, in their own languages, that they were “People.”

Unfortunately, that is no longer what the remnant seed is called.  We have temporarily lost the status of being people and have fallen into the realm of the unreal.  The European Pilgrims stole the identity of the remnant seed and became Native Americanized, while the real AmEricans became African-Americanized.

The process of being made African American (an unreal and non existent nation) caused the people to be classified as racial groups and non people.  The term “group“ means “assemblage of persons, or things“ [but it does not mean people].  The CDC says that according to the Census Bureau we are Black and African, because we checked that on the forms we filled out [not because that is what we actually are].  Read it for yourself as a Census Bureau pdf here:

Yes, many of us have lost our copper color in desperate attempts to be lighter than a brown paper bag (and we know why).  However, it is time to catch up on the truth regarding who we really are, so that we can get clear enough to become the “exemplary people” that we are, because that is what our ancestors were.  Uncover them and reclaim your real heritage AND HABITAT!