So-called African Americans have become “shunned Americans” on our own homeland, despite the fact that America is our habitat.  Extreme and vicious measures have been taken to eliminate us in systematic acts of genocide based primarily on slander, error, and Hollywood misconceptions.

It has not been an easy task to re-establish ourselves as the first people of America, because television, falsified his-story, buried documentation, and the public fool/school system has made lying, supplanting, usurpers appear to be valid truth tellers and the discredited, but actual, claim holders appear to be lying identity thieves.

Burying this truth appears to be a perpetually ongoing effort.  Even so, although it is not well known, the fact that so-called Black people were here first, is a thoroughly documented and well established fact, nonetheless.

The Americas were full of melanin rich, copper colored, chocolate brown people, of the Negroid phenotype, when the first Caucasians and Mongoloids showed up.  One must simply do one’s due diligence to uncover this truth, because as they say in the X-Files, “The Truth is Out There!”

This small text is not being written to prove the fact that we were here ab origine (Latin for “from the first beginning and source”), but to accompany the flyer below, that was used as a visual aid to accompany the BlogTalk Radio interview located here:

The above interview is not a complete proof either.  One must catch up on all of my “American Empire Restored” interviews to find one’s way to the facts.

The flyer below contains a photo on the center left for Arizona Pima Indians from 1904, (found at the Missouri History Museum here:

BUT the accurate photo is the one in the actual center.  I included images of the Arizona’s Pima (USA), Columbians, and Brazilian Karitiana, because they are three (3) of the five (5) American DNA sample groups that too many people believe are Mongolian when they are actually Negroid phenotypes (Mayan phenotypes were well documented in ancient art and real Surui photos have yet to be located, but still looking). 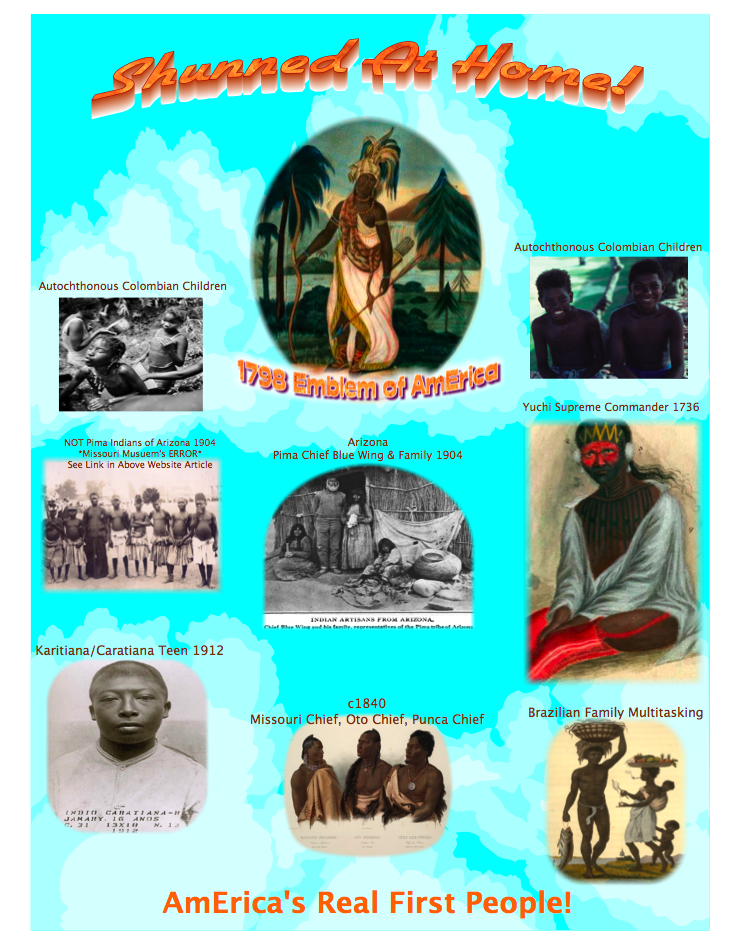